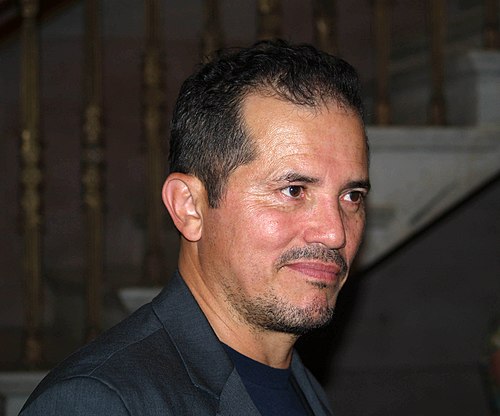 8.1 /10
Based on 5 specials
John Alberto Leguizamo (born July 22, 1964) is an American actor, stand-up comedian, producer, playwright and screenwriter. John Leguizamo was born in Bogota, Colombia and moved to New York City when Leguizamo was four years old. John Leguizamo and his family lived in various neighbourhoods in Queens and he has said that growing up as one of the first Latino children in the area, has helped him become funny as a way to defend himself. John Leguizamo attended Murry Bergtraum High School where he began writing his first comedy material and started testing it on his classmates. After high school, Leguizamo went to Tisch School of the Arts where he started following theater classes but later dropped out to pursue his stand-up career. John Leguizamo eventually went back to school and enrolled at LIU Post and at HB Studio, also following theater classes. John Leguizamo started his career as a stand-up comedian in New York City in 1984, performing at various nightclubs. At the same time, he got his first acting roles and two years later, in 1986, got his TV debut with a small role in Miami Vice. John Leguizamo rose to fame when he got his first major film role as Luigi in the 1993 film Super Mario Bros. Leguizamo was still doing stand-up in between his acting jobs and released his first special Mambo Mouth in 1991. After that, he released Spic-O-Rama in 1993, Freak in 1998 and Sexaholix... A Love Story in 2002. After releasing his stand-up specials, Leguizamo is currently mainly working as an actor and producer, having appeared in over 75 films and having produced over 10 films since 2009.

John Leguizamo started writing his first comedy material when he was still in high school and started doing stand-up at various New York City nightclubs soon after that. While working as an actor, Leguizamo released his first stand-up special in 1991 and has released a total of five specials in his career.

Get Show
Picture by: Luigi Novi, CC BY 3.0, via Wikimedia Commons
Purchases made through affiliate links may result in Stand-up List receiving commission