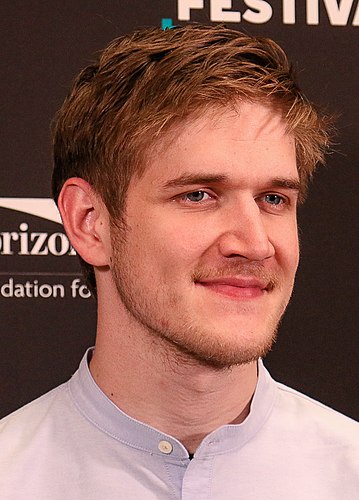 8.1 /10
Based on 5 specials
Robert Pickering "Bo" Burnham (born August 21, 1990) is an American comedian, musician, actor, filmmaker, director, and poet. Bo Burnham grew up in Boston and began his career on YouTube. At only 16, he quickly grew to become one of the first YouTube-stars, only a few months after the site was founded. His first video My Whole Family... was uploaded on December 21, 2006, and went viral, gaining over 10 million views. This video also seems to have set the standard for Bo Burnham's unique stand-up comedy style by combining his comedic and musical talents. After he gained popularity on YouTube, in 2008, Comedy Central took notice and signed Burnham to a 4-year record deal. In the same year, he released his debut EP with Comedy Central Records, Bo fo Sho. A year later, he releases his first full-length album, Bo Burnham, and released his second in 2010. In 2010, he also did his first live comedy special Words Words Words, which aired on Comedy Central. In 2013 he released his second comedy special what., on Netflix and made it available on his YouTube channel. This special also gained much popularity, with the YouTube-version of the special gaining over 22 million views. After that, he released another special on Netflix in 2016, Make Happy, which seems to have been his last stand-up special. Besides his career as a stand-up comedian, he also co-created and starred in the TV-series Zach Stone Is Gonna Be Famous, release his first book, and wrote and directed his first feature film. The film that he wrote and directed, Eighth Grade, was released in 2018 to widespread critical acclaim.

what. was performed live at the Regency Ball Room in San Francisco and was Bo Burnham's second stand-up special after Words Words Words. The special was produced by Bo Burnham and Christopher Storer and was released on Netflix and YouTube. In this special, Bo Burnham uses his trademark comedic style to perform using his songs. In total, the special is made up of 18 songs which Burnham performs in various different ways.

On May 30th, 2021, Bo Burnham released his fourth feature-length comedy special and his third Netflix special almost exactly five years after the release of his last special, Make Happy, which was released on June 3rd, 2016. The entire special was recorded in the same room during the 2020-2021 lockdown, shot, directed, and edited by Bo Burnham himself and produced by Josh Senior. In the 87-minute-long special, Bo Burnham goes over various different current topics, covering them in songs and recreating various scenes in creative and comedic ways.

Bo Burnham - Welcome to the Internet

Bo Burnham - FaceTime with My Mom

Bo Burnham - Why Women Are Like Puzzles and Yahtzees

Zach Stone Is Gonna Be Famous

Get Show
Picture by: Montclair Film, CC BY 2.0, via Wikimedia Commons
Purchases made through affiliate links may result in Stand-up List receiving commission